We kindly invite you to join the panel discussion with Dina Wahba on the spontaneous protests in Egypt in September last year at Heinrich-Böll-Stiftung on January 29.

Keynote "Affective Regimes in Turkey and Beyond"

We are happy to invite you the Keynote "Affective Regimes in Turkey and Beyond" by Yael Navaro on December 5, 6-8pm at Seminarzentrum, FU Berlin. The keynote takes place in the context of our CRC Project's workshop "Affective Politics and Political Transformation in Turkey and Egypt" (December 5-6th, 2019 at Freie Universität Berlin).

On June 27th 2019 Bilgin Ayata will give a keynote speech and participate in the first panel of the 10th cultural-political federal congress "KULTUR.MACHT.HEIMATen" of Kulturpolitische Gesellschaft e.V.

Dina Wahba in the Research Poster Session and Panel Discussion on the topic:

The exhibition organized by the Margherita von Brentano Center for Gender Studies addresses the question about how do gender and diversity aspects matter in the context of international fieldwork from an interdisciplinary and critical perspective.

Between 12 and 14th April 2019 the project C01 participated the 4th ACSS conference titeled “Power, Borders and Ecologies in Arab Societies: Practices and Imaginaries” in Beirut. Cilja Harders and Dina Wahba gave talks in the panel “Affect in (Counter)Revolutionary Times: Moments, Actors and Practicest”.

Dina Wahba and Nayera A. Soliman convened an interactive workshop that seeks to examine the various ways leaving home can represent a disruption in one’s life but also possibilities for new connections and practices for home-making. It aims at investigating home-making practices among post-2011 diaspora in Berlin.

We kindly invite you to the series "Wer Wen" at Deutsches Theater!

The event is arranged in cooperation with the CRC "Affective Societies", and funded by Deutsche Forschungsgemeinschaft (DFG).

Dina Wahba in the lecture series "Gender Lunch Talks" with her talk "A thug, a revolutionary or both? Negotiating masculinity in post-revolutionary Egypt" on December 13th, 2018 at Freie Universität Berlin.

Lecture "From Bystanders to the Protagonists: Provincializing the Gezi Uprisings"

Derya Özkaya participates with a talk at (Un)Konferenz "Urban Struggles in the Mediterranean Cities", May 31th - June 3th, 2018, Athens.

Lecture "The War at Home: Reading the Syrian War through the Neighbourhood"

Derya Özkaya gives a lecture in the Panel "Neighbourhoods in the Making" of the workshop "Neighbourhoods at Times of Change and Crisis" May 7 -18, 2018 at Leibniz-Zentrum Moderner Orient.

This series at Deutsches Theater investigates the role of emotions and affect for various socially relevant fields with a focus on the role emotions play in the emerge of right-wing populisms.

From November 16 to 17, 2017, the project C01 conducted a workshop and data session with Professor Deborah Gould, University of California, Santa Cruz.

Guest lecture at the Department of Political Science at Stockholm University

On May 7th 2017 Cilja Harders gives a guest lecture "Politics, Emotion and Transformation in Egypt" at the Department for Political Science at Stockholm University.

On May 8th 2017 Derya Özkaya gives a talk "The Poor of 'Gezi' and the 'Gezi' of the Poor: Affective and Emotional Dynamics for Political Participation of the Urban Poor in the Gezi Park Protests" at Orient-Institut Istanbul.

ACSS Panel "The Politics of Protest and Solidarity"

The Arab Council for the Social Sciences (ACSS) held its Third Conference titled "State, Sovereignty and Social Space in the Arab Region: Emerging Historical and Theoretical Approaches” on March 10-12, 2017 in Beirut. The Conference's theme reflected the Council's desire to study new approaches and paradigms emerging across the disciplines of the social sciences and humanities to analyze historical and new forms of state structures, forms of governmentality and political power and their intersections with spatial, economic and socio-cultural dynamics.

On March 1, 2017, Dina Wahba gives a lecture "Politics and emotions in Egypt during the revolutionary moment and it's aftermath" at the Interdisziplinäre Forschungskolloquium Gender Studies (FS 17) at the University of Zurich.

This series at Deutsches Theater focuses on fear and its current social relevance. The events have a close look on developments and causes of these fears. Cilja Harders moderates four talks and three discussions.

The C01 project participated in the Middle East Studies Association (MESA) Annual Conference, which took place from 17-20 November 2016 in Boston Massachusetts. The panel entitled “Emotion, Affect and Political Transformations in the Middle East” explored the role of emotions and affect in the context of mass mobilization and political transformation in Egypt and Turkey.

Workshop "Political Participation, Emotion and Affect in the Context of Socio-Political Transformations"

The C01 project organized a workshop under the title “Political Participation, Emotion and Affect in the Context of Socio-political Transformations” on the 3rd of December 2015. The workshop aimed at introducing sub-project to fellow scholars who work on the MENA region, social movements as well as affect and emotions. 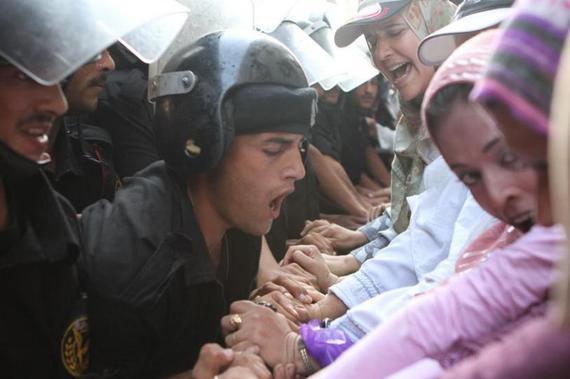 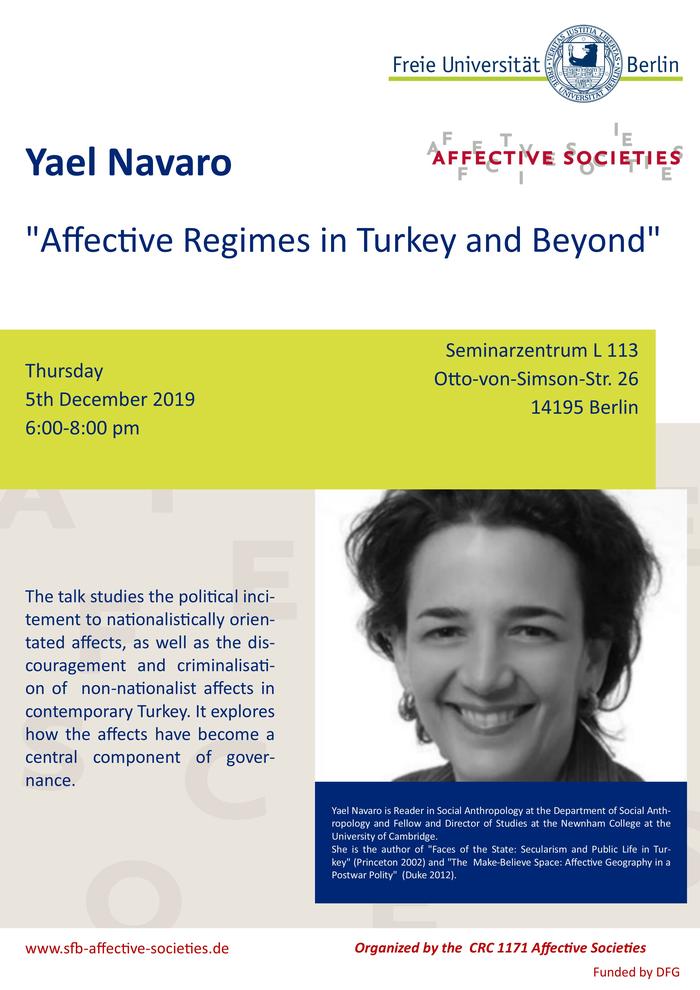 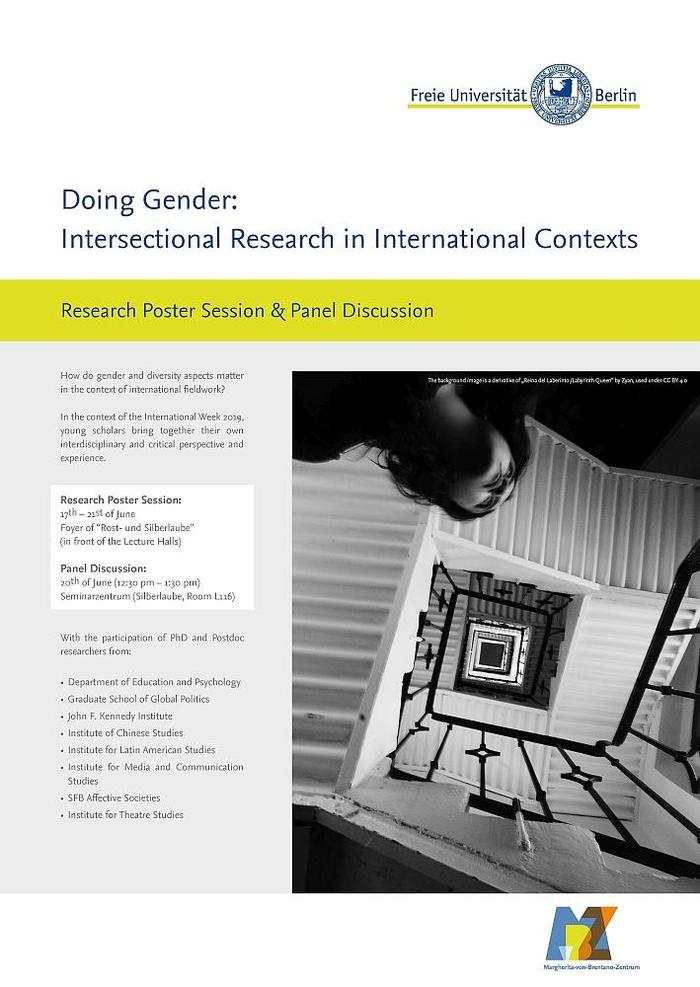 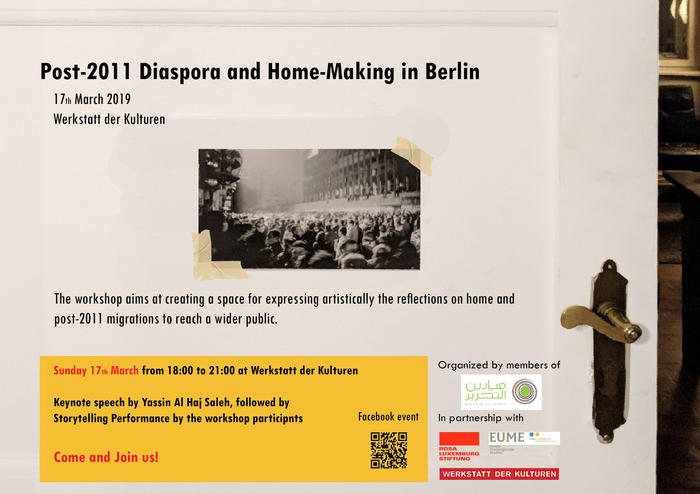 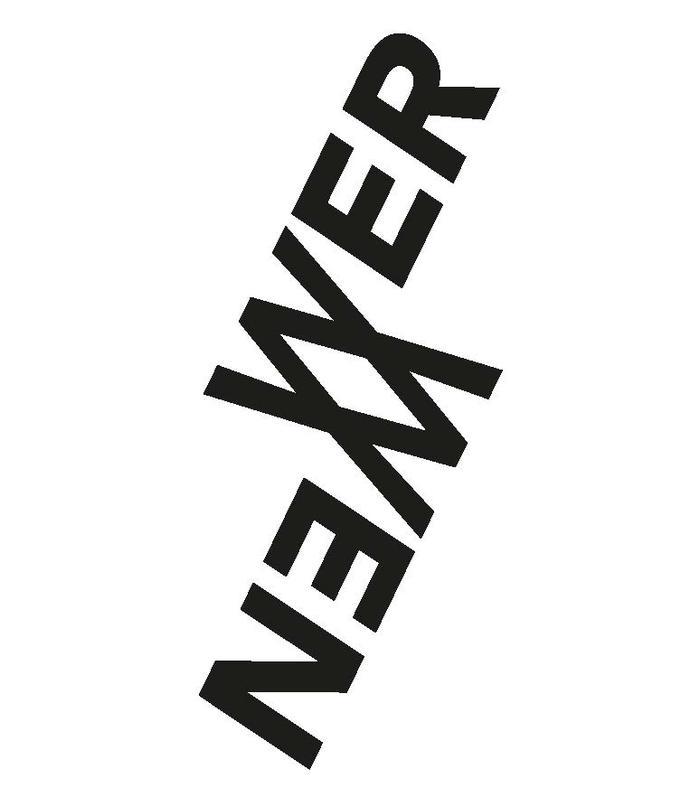 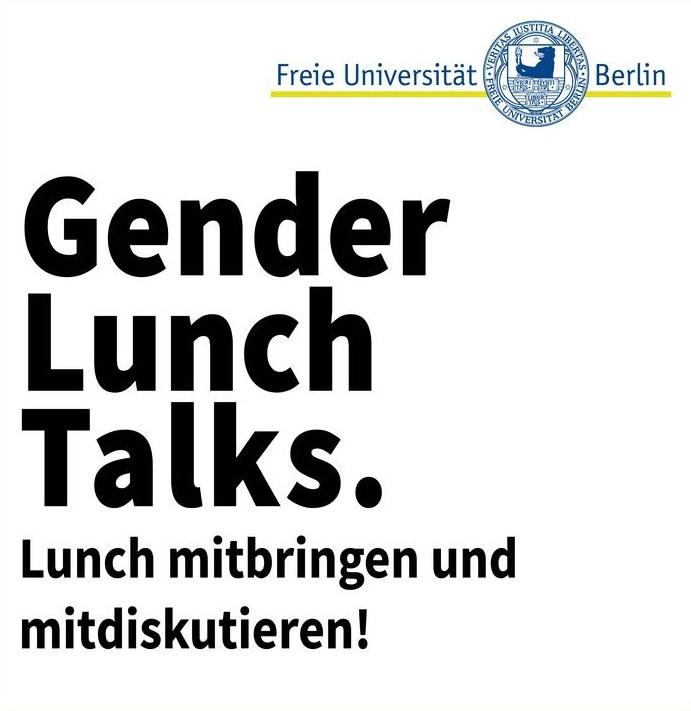 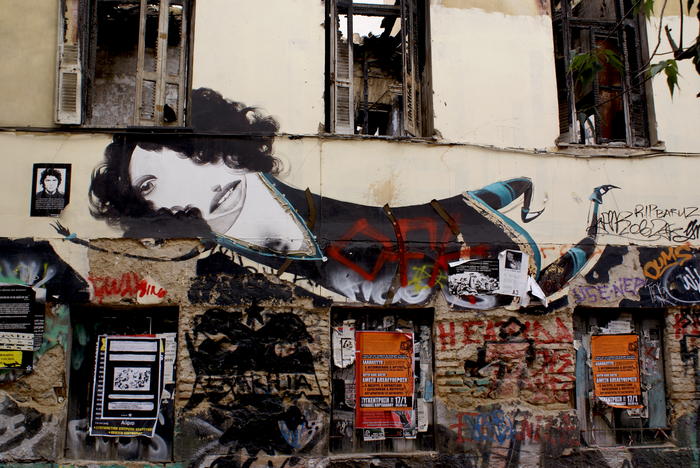 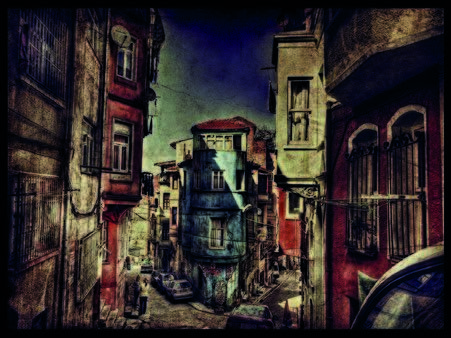 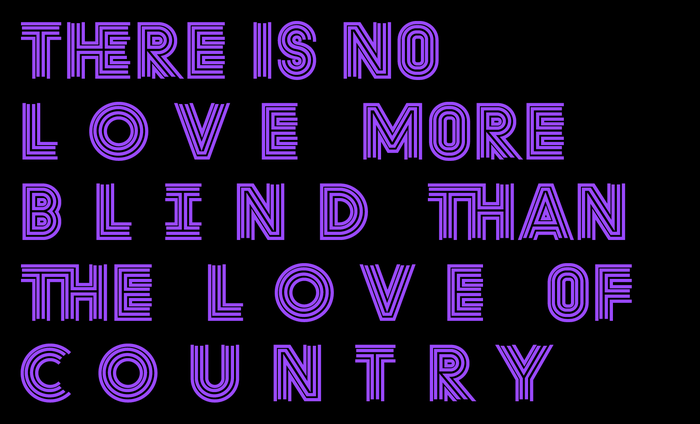 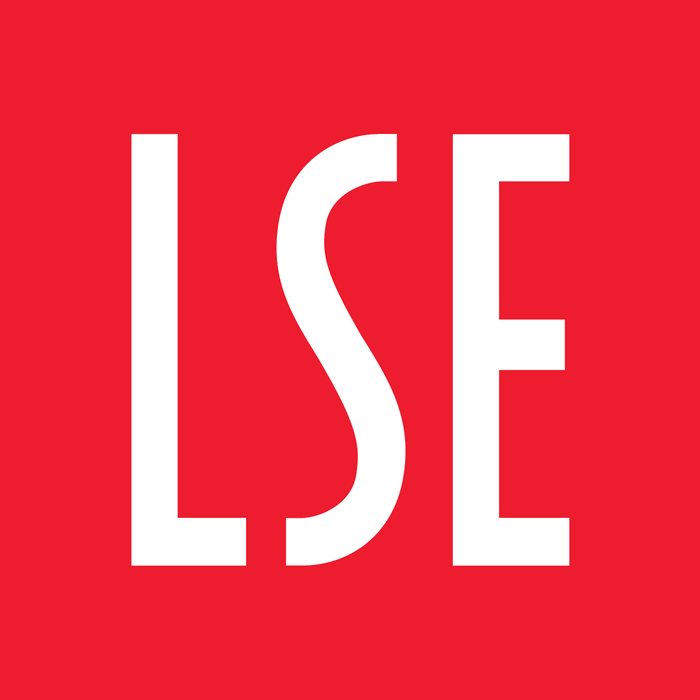 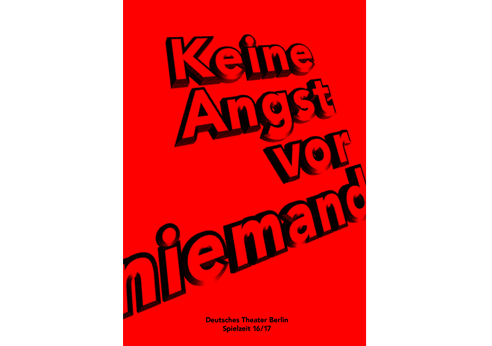 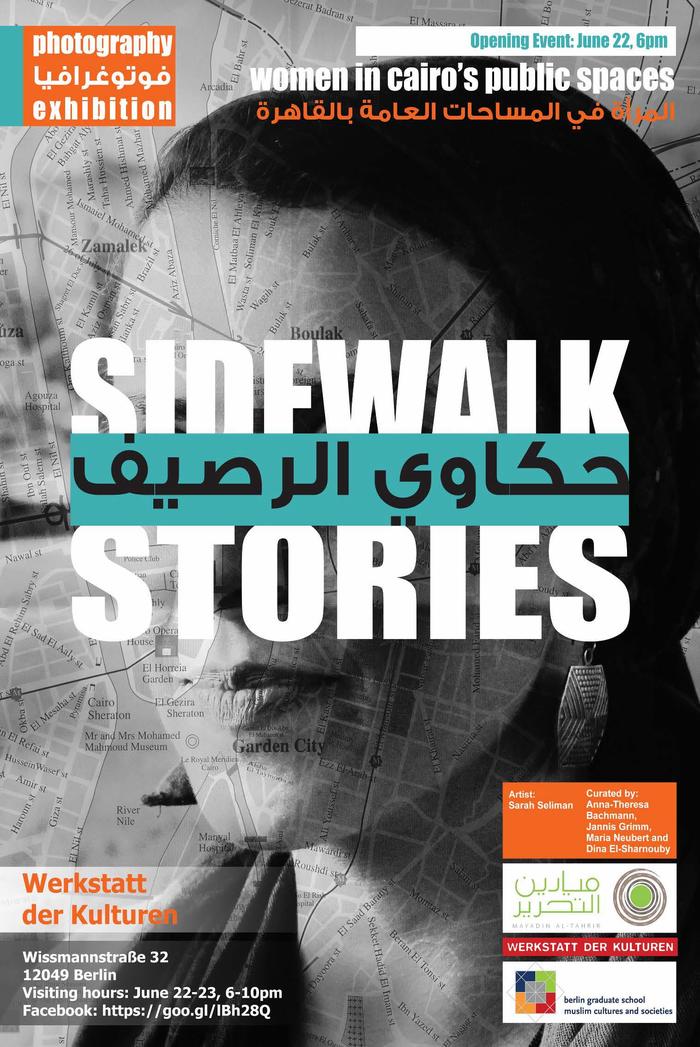 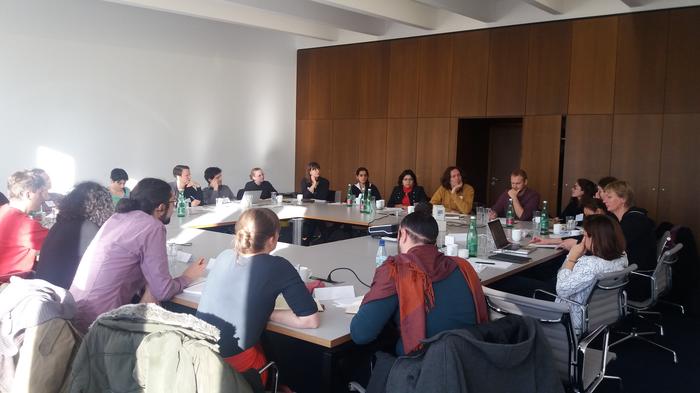